Ray Winstone and Kathy Burke get on like a house on fire. But does he really want to make a blue movie with her? Rupert Smith meets them

“Do you smoke?” Kathy Burke is generous with her fags; she and Ray Winstone have both got one on the go, and she’s eager to thicken the atmosphere. “No? Well, you do now.”

An interview with Burke and Winstone, the pearly king and queen of British acting, is an exercise in passive smoking. It also becomes clear, after a few minutes, that the fizzing liquid they are guzzling with such relish after a hard day’s rehearsal is not Perrier. The main ingredient is Stolichnaya vodka. This is one Russian name that Burke and Winstone can pronounce with ease; an earlier attempt to say “Dostoevsky” was less successful.

We are in the courtyard of a chic little bar in Islington – the sort of place you are likely to find both actors, who have ditched the spit and sawdust of their youth while retaining the spectacular cockney accents. They scrub up nicely, and are dressed with quiet good taste, Burke in something white and well-cut, Winstone in a chunky knit and several days’ beard growth. Both actors look a good deal tastier offscreen than they do on – although, given that they have specialised in bullies and grotesques, this is a faint sort of praise.

They have known each other since the late 1980s, when Winstone starred in and Burke directed Mr Thomas, a play what she wrote, at the Old Red Lion, a stone’s throw away from this pub and the scene of a few artistic tantrums – and some heroic drinking. “I don’t go there any more,” says Burke in a rare wistful moment. “I think I’ve done my time at the Red Lion.” In her younger days, an over-refreshed Burke was a bit of a feature of the Old Red Lion, in the bar as well as the theatre. “You had a taste of that, didn’t you, Raymond?” she recalls. “My directorial style.” It was not a cosy beginning to the friendship. “She cut my bloody speech,” says Winstone, still outraged. “Well, he didn’t bother to bloody learn it, did he, so when we came to do the TV version I thought, ‘Right, I’ll get you for that, Winstone.'”

Since then Burke and Winstone have worked together a handful of times, most memorably in Gary Oldman’s south London abusefest Nil By Mouth. Now they’re under the same roof again, more by coincidence than design. He is starring in Jez Butterworth’s Night Heron on the main stage of the Royal Court; she is upstairs directing Kosher Harry, a new play by Nick Grosso.

It’s a canny move by someone at the Royal Court – there aren’t many household-name TV stars who would be willing or indeed able to take the job. To have two in the house at the same time is little short of a miracle. But they are not really working together, all the same. “We won’t see each other,” says Winstone. “I’ll be slogging away on stage every night, and madam will just swan in when it suits her to make sure they’re doing what she tells them.”

Burke is only too happy to agree. “When Rhys Ifans came to see a play I directed last year, he brought this mate of his along to see ‘Kathy Burke’s new play’,” she recalls. “His mate thought he was going to see me on stage, but Rhys said, ‘Oh no, she can’t be arsed to act any more. She just wants to direct because she’s gone fucking lazy.’ And he’s right.”

Actors love talking about theatre, and these two are no exception. Take away the accents and the cussing, and it could just as easily be Kenneth Branagh and Emma Thompson talking. Winstone says things like, “I’m doing this job because it’s a really big challenge,” and “I’d never take a job just for the money. I choose a job on the quality of the script.” He prefaces these remarks with “If I can say this without sounding poncey,” and punctuates them with a lot of imaginative swearing, but then ruins it all with, “I’ve been lucky enough to work with some very fine actresses.” Burke, meanwhile, explains her decision to jump the footlights with the words, “I fell out of love with acting and in love with directing.”

“It bloody annoys me when people forget that we’re actors,” says Burke. “Just because we tend to appear in things with our own accents, saying dialogue that comes naturally to us, people think we’re just being ourselves. When Nil By Mouth was released, people thought that’s what we were actually like, that they’d put me and Ray in front of the cameras and filmed what came out. No acting involved. Of course, when bloody Robert De Niro or Al Pacino does it, everyone’s going, ‘Ain’t they fucking wonderful?’, but when it’s one of their own they don’t think it’s any good.”

This, it seems, is exactly what Burke and Winstone are trying to get away from – and why they’ve taken a massive cut in salary to work at the Royal Court and, in Burke’s case, the more extreme measure of giving up acting to become a director. Both could have carved out a lucrative niche in British TV and films playing, basically, themselves – an edgier variation on Pauline Quirke and Warren Clarke. After the success of Nil By Mouth, in which Winstone drank the Thames Valley’s entire supply of liquor and then knocked seven bells out of Burke as his drudge wife, they were bombarded with scripts urging them to reprise the double act in a more viewer-friendly context. “People actually wanted us to appear together in something romantic,” says Burke. “I would have considered blue films,” says Winstone, helpfully.

The Winstone-Burkes would have made a lovely couple. They are well matched physically, they finish each other’s sentences and they even have the odd squabble. When Winstone’s teenage daughters, Lois and Jaime, turn up in the bar, they greet Burke with the casual familiarity of a family member. Winstone beams with pride when the girls have been dispatched to the bar, and Burke looks misty-eyed.

“I used to have posters of Ray stuck on my wall long before I started acting,” says Burke. “I loved him in Scum and Quadrophenia, and I was well into all that skinhead and mod stuff that was around in the 1970s.”

Burke once said that her ideal man is “a plumber with brains”, so it stands to reason that a psychotic Borstal boy (Winstone starred as the vicious Carlin in Scum) with thespian tendencies should be just up her street. “I’d see Kath every day of my life if we weren’t both so busy,” says Winstone (and, perhaps, if he wasn’t already married). “When we were making Nil By Mouth we laughed all the time. I’d beat her up in front of the camera, then we’d go over to the pub for a drink. It was great.”

Among Winstone’s future projects is Alan Bleasdale’s drama based on the life of Henry VIII; Burke was originally slated to play one of the wives. “I keep phoning her up and saying ‘Kath, I’ve got this blinding film that we could do together – come on, please!’ But now I’ve given up, because I can see that she’s enjoying what she’s doing so much.”

And so, after this brief encounter, Burke and Winstone will go their separate ways again. She has another directing job lined up and hopes to get her hands on Jonathan Harvey’s new play later this year. He is not looking too far into the future, but is dead set on getting a part in an American civil war movie currently in pre-production (“as long as I can persuade them that I can do the accent”). “I want to do a proper feature film, not some piece of crap. British cinema is in a very dangerous situation at the moment: it might not exist in a couple of years if we keep on producing the shit that we’re producing now. And I’ve done a couple of those shit films myself, so I know what I’m talking about.”

Still, Burke reminds him, he has plenty to be proud of. “Ray gave his best ever performance in Nil By Mouth,” she says, “and I’m not just saying that because I was in it too. I knew how hard it was for him to do that, because he’s not a hard-nut. He’s a pussycat.”

“I tell you,” Winstone interrupts, “I love Kath in Gimme Gimme Gimme. And I never thought I would. When I first saw it, I thought, ‘This is not for me.’ I’d watch it because Kath was in it, but I expected to switch off after 10 minutes. I mean, I’m not listening to some little poof running about giving it large, and her giving it the tart thing, orange hair, big nuts, glasses. I thought, ‘Fucking hell, Kath, what are you doing?’ And then I was in there, in hysterics. God, it’s a tragic show, but you laugh at it. It’s in your face, in the same way that Nil By Mouth is in your face.”

The longer Burke and Winstone spend together, the more you start to wish that, after all, they had decided to do that romantic comedy. At least it would have been funny. But as long as Burke’s self-imposed acting ban sticks in place, we are unlikely to see them together – except, occasionally, around a few London bars when work permits. 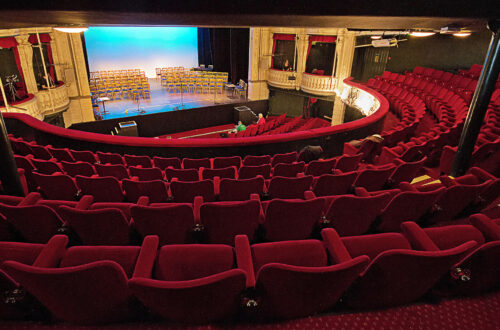 Kathy Burke and her quare fellow 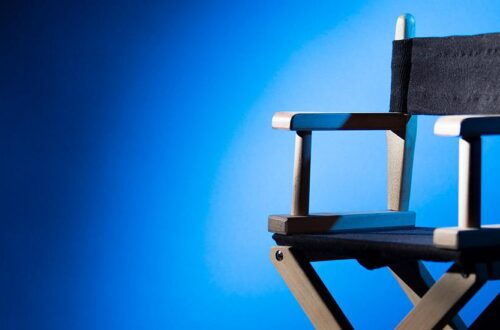 My acting days are over 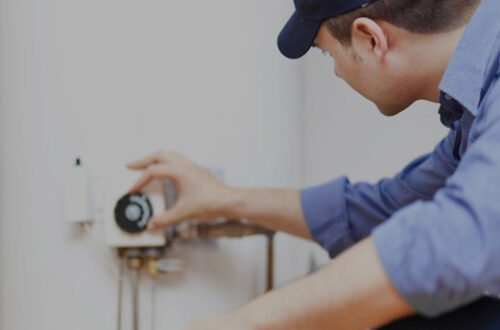 ‘I find brains sexy. What I’d really like is a plumber who can read’